“I sometimes get up at three or four in the morning and I surf the net.”

“I often check my e-mail forty times a day.”

“I often spend more than three hours during one time on the net.”

“I spend more time in chat rooms(聊天室) than with my ‘real-1ife’ friends.”

Do you know any people like these? They are part of a new addiction(瘾) called Internet addiction. Internet addicts spend at least thirty to forty hours online every week. The use of the Internet can be an addiction like drug(毒品) use. People lose control(控制) of the time they spend on the Internet

For example, one college student was missing for several days. His friends were worried, and they called the police. The police found the student in the computer lab: he was surfing the net for several days straight.

Studies show that about 6 to 10% of Internet users become addicted. And people worry about the teens because the Internet is changing the playing field for some of them. They spend more time in cyberspace than in the real world of friends and family.

Is “surfing the net” a hobby or an addiction for you? You may have a problem if you have these symptoms(症状):

●You do not go to important family activities or you do not do school work because you like to spend hours on the Internet.

●You can’t wait for your next online time.

●You plan to spend a short time online, but then you spend several hours.

●You go out with your friends less and less.

1. What does the beginning of the passage tell us?

C. Where to find an Internet addict. D. Why to write this passage.

2 How does the writer describe the addicts’ use of Internet?

A. It is something like keeping drugs. B. It is a way of producing drugs.

C. It is like taking drugs. D. It is terrible to imagine.

3. Why do people worry about the teens?

A. The teens are wasting too much money.

B. They used to work on the Internet.

C. The playing field of the teens will disappear.

D. More and more of the teens wil1 become addicted to the Internet.

A. Internet problems are more serious among college students

B. Internet addicts usually stay in the computer lab without sleep

C. Some of the Internet users have already been seriously addicted

D. The police often help to find those Internet addicts.

5. What is the writer trying to tell us at the end of the passage?

A. Don’t be addicted to the Internet.

C. Do things as you have planned

D. Stay with your parents as often as possible.

3. 选D。由第3段中的句子…people worry about the teens.及They spend more time in cyberspace than in the real world of friends and family.可知，这是成瘾的症状。故选D。 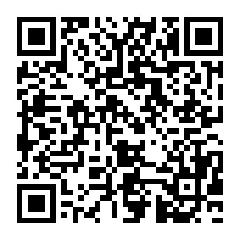